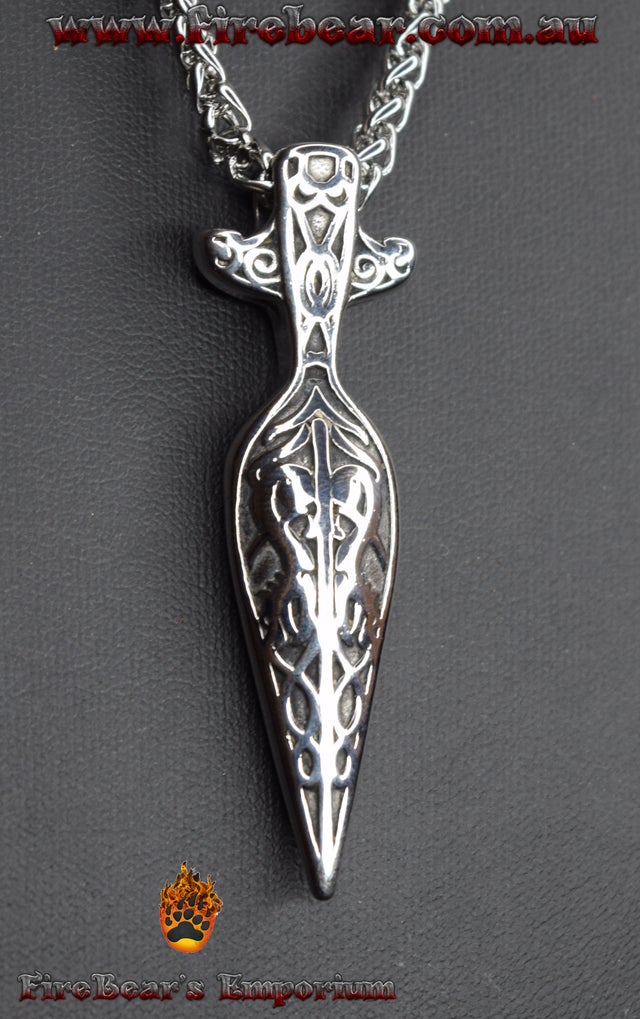 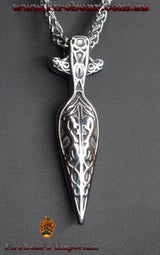 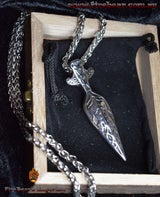 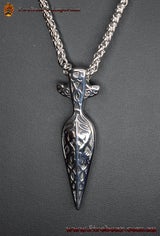 According to chapter 51 of the Prose Edda book, Gylfaginning, Odin will ride in front of the Einherjar while advancing on to the battle field at Ragnarök wearing a gold helmet, an impressive cloak of mail and carrying Gungnir. He will then attack the wolf Fenrir with it.

In Skáldskaparmál, more information regarding the spear is presented. The spear was fashioned by the dwarves known as the Sons of Ivaldi under the mastery of the blacksmith dwarf Dvalin. The spear was obtained from the dwarves by Loki, the result of a scheme he concocted as a partial reparation for his cutting of the goddess Sif's hair. The spear is described as being so well balanced that it could strike any target, no matter the skill or strength of the wielder.

Sold out
Add to Cart