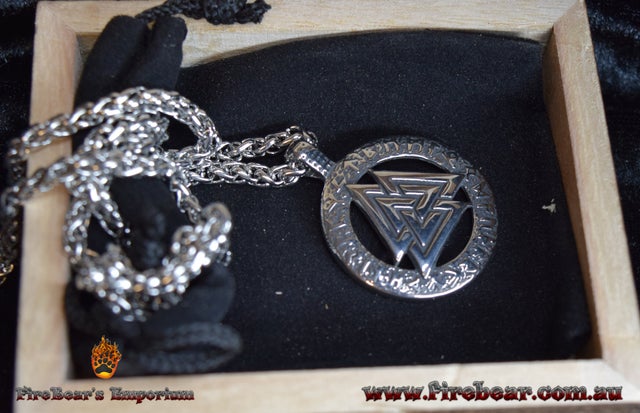 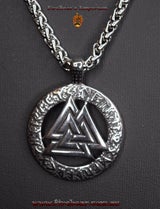 A beautiful redition of Odin's Valknot symbol, surrounded by the runes of the futhark! This pendant comes with a wodden display box, heavy silver coloured chain and a pouch.

Hilda Ellis Davidson theorizes a connection between the valknut, the god Odin and "mental binds": For instance, beside the figure of Odin on his horse shown on several memorial stones there is a kind of knot depicted, called the valknut, related to the triskele. This is thought to symbolize the power of the god to bind and unbind, mentioned in the poems and elsewhere. Odin had the power to lay bonds upon the mind, so that men became helpless in battle, and he could also loosen the tensions of fear and strain by his gifts of battle-madness, intoxication, and inspiration.