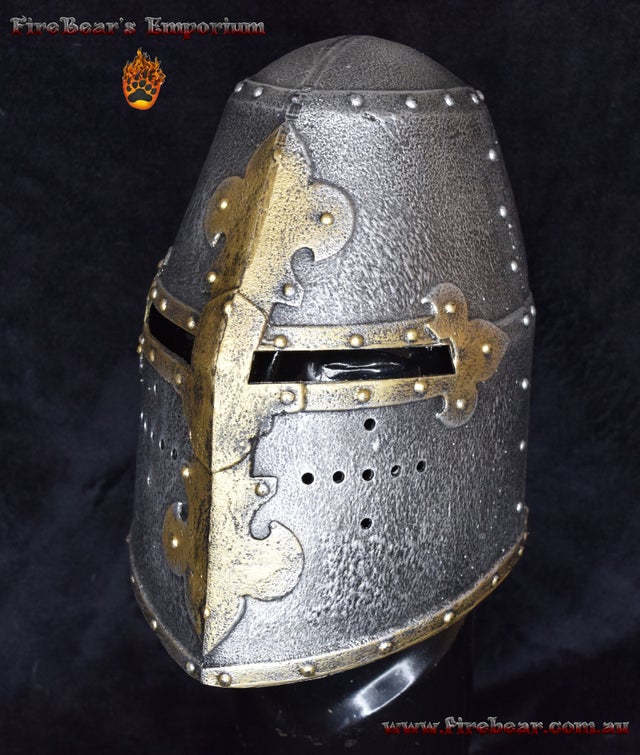 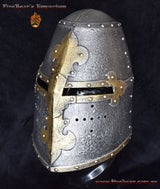 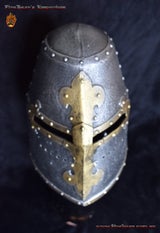 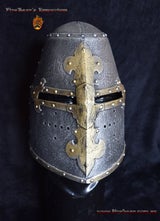 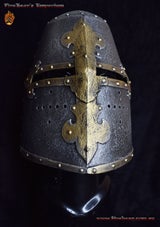 The Great Helm - For Kids

Made by our friends in Eastern Europe these polypropylene helmets are modeled after real original helmets in museums. The material they're made of makes them almost indestructible and it's amazing how many people mistake them for real steel helmets thanks to the great paint job hand done on each one.

This style is the Great Helm, probably the most recognizable helmet of the medieval times. It came into use around the end of the 12th century and was in use almost until the end of the 14th century. Favoured all over Europe they were easy for an armourer to make, consisting of several rivetted together metal plates, and provided excellent protection. they were often worn with padding, a metal skullcap called a "Secret" and a chainmail hood called a coif underneath them. It was common to see them lavishly decorated with crests on top when worn in tournaments. The drawbacks to this type of helmet were the limited vision and breath during a fight...something FireBear himself can attest to having worn a real one for many years in tournament combat.

Recommended for knights, squires, and soldiers 3 years and over